From Saturday 30th May the home will once again be allowed to welcome visitors. Visits are limited and must be booked. Please call 723640 for further details.

The Board of Trustees proposed development of the home took a significant step forward with work commencing on the 7 November 2018.It is planned to develop the site from its current provision of 25 bedrooms to a purpose built home providing forty-nine bedrooms and communal areas; this will comprise thirty-seven specialist beds for people with dementia and twelve beds for people requiring residential care.

Drag the slider to view before and after views of the proposed development.

Why Develop the Home and What Difference will the Development make to Local Provision.

In October 2013 the Board of Trustees together with senior staff undertook a review of the home and its place as a care home in the future. The Trustees were aware that the home had a good reputation but were also aware that areas of the home were in need of updating to ensure the home’s viability going forward.

Included in the review were senior staff from the Committee for Health and Social Care (CHSC) who were asked to advise the Trustees on the current and future accommodation needs of the elderly. Three clear messages came from this exercise,

The conclusion of the review was that the home needed to change and needed significant development if it was to continue as a viable provider of care and support for the elderly.

In developing its plans for the home, the Trustees followed closely the progress of the Supported Living and Ageing Well (SLAWS) policy document that was approved by the States in 2016. The Trustees are confident therefore that the plans for the home are relevant to current thinking and the needs of the island.

A formal planning application was submitted to the planning authority in December 2015 and following a protracted period of discussion and revision to the design of the new build the Trustees received planning approval in March 2017.

Work commenced in November 2018 and is anticipated will be completed in early 2021. The local construction company R.G. Falla Limited is the appointed contractor for the development.

The Homes Finances and Funding the Development

An ongoing area of concern for the Trustees that also influenced the decision to develop the home is in the area of finance. Although the home operates on a not for profit basis it does need to generate a healthy annual surplus in order to maintain the home and ensure appropriate staffing levels are maintained. This is difficult to achieve with only 25 bedrooms and many them requiring considerable refurbishment. 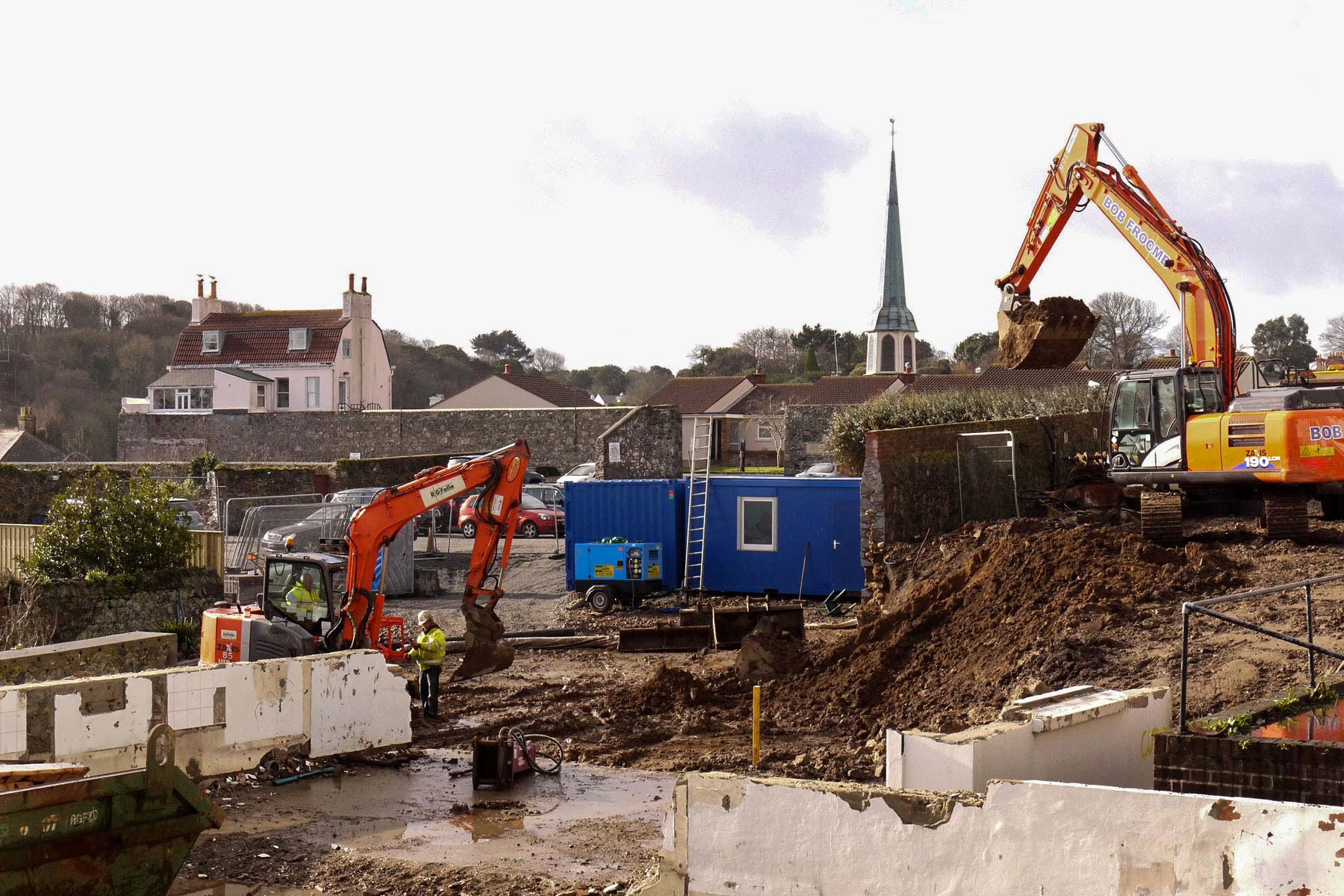 We will be regularly updating the gallery to allow you to see the progress of the development.

The development costs for the new home are significant; the Trustees in addition to raising funds through local financial institutions would also welcome donations. If you would like to make a contribution or require further information then please contact:

Alternatively you can make a donation direct to the homes development account:

The Friends of Le Platon Home

An additional way you can help the home financially is by becoming a Friend of Le Platon Home.